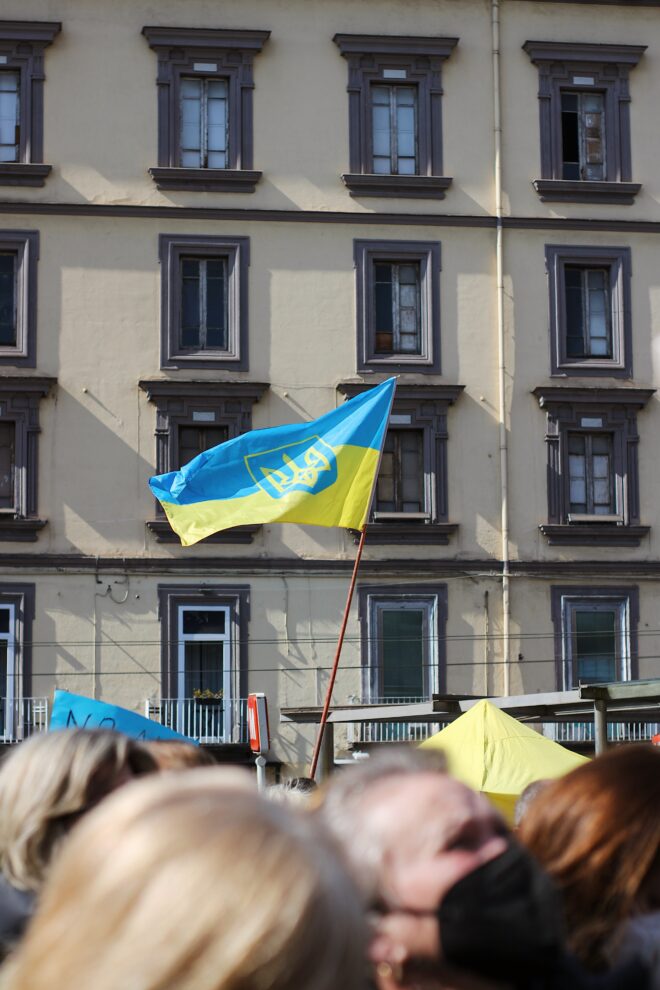 On the first day of Russia’s invasion of Ukraine last month, a group of 13 soldiers became the symbol of Ukrainian resistance. Outnumbered and outgunned on tiny Snake Island, these defenders told a Russian ship to “f***” itself after being ordered to surrender. Shortly afterwards, the 13 troops were slaughtered.

At least, that’s what Ukraine president Volodymyr Zelensky told the world. The truth, as we found out after the story went viral, was that the 13 soldiers had been captured and were “alive and well,” according first to Russian sources and then Ukraine’s military.

Zelensky may not have known the Snake Island soldiers’ fate when he announced their deaths; such is the fog of war. But the story itself is emblematic of the wider propaganda war being fought by Russia and Ukraine. The two may be on the same battlefield, but they are not fighting the same war.

A few hours before the invasion, Russian President Vladimir Putin gave an hour-long speech justifying the action. Addressing “citizens of Russia, friends” and “our compatriots in Ukraine,” Putin cited the Ukrainian civil war, historical ties between the two nations and a neo-Nazi presence in anti-Russia forces. Putin wasn’t trying to win over critics in the European Union, the United Nations or the United States, and since the invasion, Russian news and social media has primarily focused on telling Russians that their military is winning. None of this is going to go internationally viral. Then again, it’s not supposed to.

Contrast this with the messaging from Ukrainian defenders. Nobody expects the smaller, weaker nation to win on its own. Stories about Snake Island, old Ukrainians standing to arms and Miss Ukraine’s trading high heels for boots are part of a wider campaign publicizing emotional and inspirational stories to increase Western support for the embattled defenders. Videos of Russian tanks out of gas and destroyed planes are likewise intended to tell stories of an invasion gone awry.

Propaganda doesn’t begin when the first shots are fired. In the case of this war, both sides have been firing shots since 2014. The pro-Western uprising in Ukraine’s capital was countered by pro-Russia separatists in the Donbas region declaring independence, which led to a civil conflict that killed thousands of people.

The transition from proxy war to international conflict matches the propaganda that both sides have churned out. The Russian government has long justified its troops and weapons as defending historical Russian territory and peoples; Ukraine’s government has effectively used social media and other tools to appeal to the West.

Ukraine’s propaganda battle has been undeniably effective. Compelling content has gone viral among Western influencers, uniting people across political lines against Russia’s invasion. Major corporations are divesting and distancing themselves from Russia; the United Nations, the U.S. and the EU are implementing sanctions; and Germany suspended certification of the Nord Stream 2 pipeline which Russia spent years developing. Some 100 representatives of various nations walked out on the Russian ambassador’s pro-invasion speech at the UN, and Western nations are sending Ukraine billions of dollars in military equipment and other direct support.

Since the war started, promoting Ukrainian propaganda has become a mini-industry in America and elsewhere. Almost none of Russia’s propaganda has made it into Western media except when it gets smacked down, such as when a Russian journalist wrote in a New York Times op-ed that his countrymen and women know they have “suffered a crushing moral defeat.” And negative reports about Russia, such as its crashing ruble, have proliferated across Western media.

It would be easy to say that Ukraine is winning the propaganda war—except that Russia is fighting an entirely different messaging conflict, targeting an entirely different audience, with an entirely different approach. Russia is not combating Western support for Ukraine in the U.S. or the EU. Much like Putin’s initial speech, Russian propaganda has focused on convincing Russian and Ukrainian audiences that Moscow is winning the military conflict. Two examples of that are a recent propaganda video targeting Russian children, and the Russian government’s poll allegedly showing significant support for war among its population. And Russian news is full of articles about grateful Donbas citizens and the military’s advances on the way to victory.

They say history is written by the winners. That could be Russia, which will likely win the initial military conflict and has almost no competition for its intended audiences. It could be Ukraine, which appears to be on the verge of securing major political, economic and military support to fight a longer conflict, even as a million refugees flee.

Americans are predisposed to oppose Putin’s invasion of Ukraine given the geopolitics of the last three-quarters of a century. Since the war began, we’ve been fed a steady diet of pro-Ukraine messaging. However—as media consumers, social media participants, and taxpayers who will soon fund Ukraine’s defense—it is important to critically assess the content and information we are consuming. Furthermore, it’s important to be patient, as the war is less than three weeks old.